Councilwoman Sharron Grzybowski took her seat in December 2020. Prior to taking her council seat, she was on the Community Services Advisory Commission for three years.

In 2013, Sharron and her husband Scott moved to AZ after living in Florida, Maryland, and Virginia. Growing up, Sharron helped her family with their small motel and restaurant businesses. She later worked as a bank teller, an assistant property manager, and at a major property and casualty insurance company - first as an Underwriter then Compliance Analyst. She and her husband also owned a small boutique fitness center in Northern Virginia. Sharron is currently an Independent Scentsy Consultant.

Sharron’s husband, Scott, is a Retired Navy veteran, having served as a helicopter aircrewman and fixed-wing flight engineer. Scott also served as a Selective Service Reserve Officer. He currently holds a consulting position with an international IT firm. 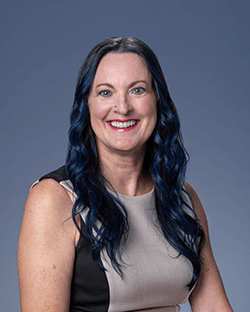